How to reduce ‘’False Calls’’ in AOI

Ever since the introduction of Automatic Optical Inspection (AOI), our industry has been struggling with the ongoing conflict between the quantity of ‘’false calls’’ (pseudo defects) and unfound defects on a board. MEK latest 3D AOI, the IsoSpector M1 offers Artificial Intelligence that takes away most of these concerns.

Transferring Quality standards such as IPC-A-610 into correct decisions made by an automated inspection machine doesn’t seem to be that easy.  It requires a dedicated combination of light projection, advanced camera’s and complex software algorithms.

But It’s not only the machine hardware or software that causes the problem. It already starts during the programming of components in the machine library.  Obviously, the engineer has a great influence on the inspection results when defining the shapes in the library or programs. In other words, when two different engineers create programmes, the inspection results will differ. And it requires a lot of skills and experience and a long learning curve. Another problem is caused by the analytical approach of most AOI manufacturers. A digital picture is judged by the number of pixels on the grayscale or on the colour scale, and the user has to set what’s right and what’s wrong. 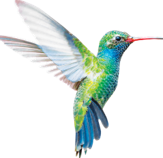 Similar problems arise with 3D moiré or laser projection machines. It’s still up to the programmer to decide which measured height is good or bad at which location.

While the first AOI systems in the early 90’s could only check components, problems got worse when later systems also had to inspect solder joints.  Many parameters in the SMD assembly process create process-inherent variances in the appearance of a solder joint. According to the quality standards, the connection remains good but the machine detects differences and gives false alarms.

Avoiding these ‘’False Calls’’ by setting larger acceptance limits can result in not finding real errors. So it is common to debug the inspection results for each PCB before sending the inspection results for repair. The risk of judging too many ‘’False Calls’’ is that the operator will accidentally accept real errors. So everyone keeps trying to fine-tune their programs and libraries to avoid false-calls resulting in wasting many expensive engineering hours.

It’s a common misunderstanding that 3D AOI systems do not suffer from this problem. In many cases the problems were made even worse by adding a third dimension to the inspection rules. 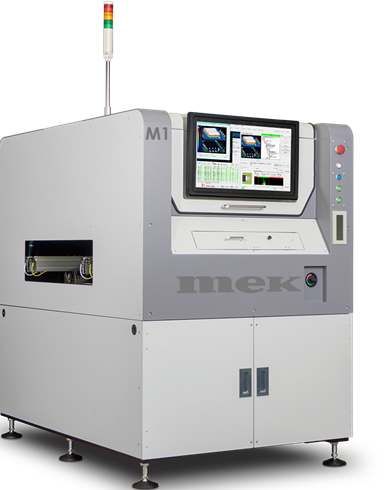 MEK recently introduced a new 3D AOI system that has overcome most of these problems.

It uses an unique ‘’Artificial Intelligent’’ self-learning automatic algorithm for solder joint inspection. The machine is able to detect and accept the process-inherent variances in the appearance of solder joints while still tracing real defects. Variations outside the 6sigma boundaries for a specific type of solder joint are considered suspicious and reported.

The machine is easy to program with the CAD data and a Gerber file. Even on the first PCB that enters the machine, the algorithm will already work. There is no need for a ‘’golden board’’ or to set-up a complex library for the solder joints. Customers can set their own quality standards or choose from IPC -A-610 Class 1, 2 or 3.  The solder joints are automatically programmed and inspected.

Since the introduction of the new MEK IsoSpector M1 in Europe, in early 2019, MEK has placed several machine onsite for evaluations in direct competition with well-known major AOI brands.  All of these evaluations were very successful. Some customers told us it took up to 10x less effort to create and debug a new program. Other customers informed us they could save more than one FTE for programming and operation. The main feedback was that the IsoSpector M1 found more real errors in all cases and gave far less false calls.

Keep in mind that this machine was previously introduced to their home market Japan and quickly became one of the top-selling 3D AOI systems in that region.

The machine: low costs of ownership

MEK’s IsoSpector M1 offers an impressive market-leading specification. It features a 25 megapixel telecentric lens with a large field of view of 69 x 69 mm. It is equipped with 4 digital multi-frequency Moiré fringe projectors mounted at 80 degrees to minimize the shadow effect for high components to almost zero.

It can perform real 3D measurements for components up to a height of 25mm. The total height of the components can be 55 mm at the top side and 50 mm at the bottom side of a printed circuit board. In combination with powerful 2D inspection features, IsoSpector M1 can detect any type of error with the highest accuracy in today’s market.

Please contact us if you would like to learn more about this revolutionary AOI system or AOI related questions. MEK’s wide range of AOI inspection system offers solutions for almost everyone’s application and budget. MEK’s IsoSpector M1 will give you the best inspection results with less programming effort and with lower cost of ownership.

The number 1 in solutions for surface mount technology